YOU ARE HERE:: Home / The Business of Broadband / Broadband Usage Caps’ Increase - For the Better?
Previous Next 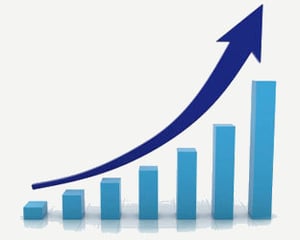 When Internet Service Providers (ISPs) began doling out broadband usage caps, there were groans heard around the world from consumers that were not happy that they could no longer enjoy the freedom of having “limitless” use of their Internet connections. In most instances, if customers exceeded the imposed data usage caps (most likely monthly), their connections could be throttled to slower speeds, they could be charged a fee for extra bandwidth, or their connections could even be suspended.

So, why are data usage caps even necessary in the first place? Most providers resoundingly agree that data caps are essential to manage network congestion and to ensure that ALL customers have an enjoyable user experience. If you have a group of customers that are consistently using more data than others, those heavy users should be subjected to usage limits imposed by the provider to maintain the balance. Mediacom Senior VP and General Counsel, Joseph Young, seems to agree and equated data usage to Oreos (yes, the cookie) saying, “You have to pay extra for double-stuffed.” Interesting.

Sounds easy enough, but many customers were not buying it and continued to view the data caps as an un-necessary evil. Over the past year, the FCC has been flooded with complaints from consumers and interest groups and companies like Netflix who want to see data caps eliminated, especially with the rise in online video consumption.

The FCC’s involvement in the “data cap war” remains in limbo, but some of the big providers are stepping in and are signaling that they hear the cries of their customers and others that oppose the usage caps. Recently, AT&T and Comcast announced an increase in their data usage caps to one terabyte (1TB) monthly* for most users before restrictions are implemented. This is up, respectively, from 300 GB caps for Comcast customers and 300GB and 600GB caps for AT&T customers. Customers that remain on AT&Ts DSL network are unable to take advantage of the increased usage caps and will remain at 150GB monthly. Both of these providers also offer an “unlimited” data option for Internet users that agree to specific terms and fees for the service. This is a step in the right direction to meet customer demand.

Right now, all seems calm on the Internet usage front as both the providers and the consumers are seemingly meeting in the middle, but only time (and new Netflix titles) will tell.

*As a guideline, a consumer can watch about 600-700 hours of HD video to meet the 1TB usage limit.

About the Author: Sheenika Wilson

Sheenika Wilson is a member of ZCorum's marketing team and our social media maven. If you're following us on Twitter, Facebook, LinkedIn or Google+, chances are that Sheenika is the face behind those posts.