Guest Feature: The Future of the Internet Lies with Local Choice

YOU ARE HERE:: Home / The Business of Broadband / Guest Feature: The Future of the Internet Lies with Local Choice
Previous Next

Guest Feature: The Future of the Internet Lies with Local Choice 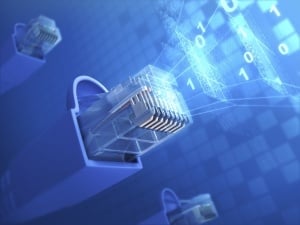 Across the country, a trend has emerged in the 21st century - those communities able to deliver fast, affordable, and reliable Internet to their constituents are in the best position to grow and thrive. The critical importance of infrastructure to healthy localities may be a constant throughout American history, but in 2015, it is broadband Internet, not railroads or highways, that connects towns, cities, and counties to new opportunities.

Given the importance of infrastructure to communities; however, too often the conversation on broadband excludes the voice of local leadership. The stakes are too high to leave this debate to federal and state policymakers alone. To give localities a place in the debate, 76 communities across the country have joined Next Century Cities, an organization which seeks to elevate city voices and share knowledge to empower all communities to fully realize the potential of the 21st century.

Next Century Cities has emerged at a critical moment in the debate about the future of broadband Internet in America. State laws in 19 states across the country restrict the ability of communities to build or provide the broadband networks necessary for a bright future. In these states, policymakers have reduced the options available to residents, effectively creating monopolies in many markets that stifle innovation and create stagnating Internet service.

In a recent speech on community broadband Internet, President Obama expressed his belief in the power of competitive markets, and we at Next Century Cities agree. In states with restrictive laws against municipal broadband projects, this market is artificially constrained. Communities are forced to choose from a limited range of models and options, instead of being able to explore all possibilities and choose the one best suited to local needs. For some communities, the best path may lie in the development of a municipal broadband network; for others, the preferable option may lie in programs such as Google Fiber; while many cities and towns may opt for a public/private partnership or open provider model. Maintaining a full array of models encourages competition for better service, faster speeds, and lower prices. If communities are to develop the networks they need in the 21st century, it is clear that truly competitive markets will be necessary.

Next Century Cities also applauds the recent FCC decision to support the petitions of Chattanooga, TN and Wilson, NC. These two cities, both inaugural members of Next Century Cities, petitioned the FCC to pre-empt state laws that limited their right to expand the provision of next generation broadband beyond their utilities' boundaries. This decision will allow the cities to provide gigabit broadband to neighboring communities, many of whom had no option that provided service that met the definition of broadband - 25 mpbs down and 3 mbps up. We are proud these innovative leaders' and their efforts to support nearby residents.

Time after time, we’ve seen that marketplace competition has spurred economic growth and innovation; it’s time to unleash those forces in the service of fast, affordable, and reliable Internet.

About the Author: Deb Socia