The Future of Net Neutrality

YOU ARE HERE:: Home / The Business of Broadband / The Future of Net Neutrality
Previous Next

The Future of Net Neutrality 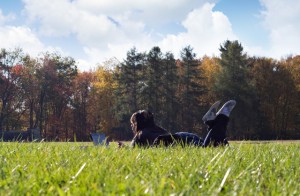 The FCC tomorrow will vote on whether to repeal Obama-era Net Neutrality regulations that were put in place in 2015. Those regulations reclassified broadband as a communications service and made ISPs subject to something called Title II, which were regulations rolled out as part of the Communications Act of 1936 and that were designed regulate plain old telephone service (POTS).  The vote tomorrow is expected to pass along party lines.

To me and many others, the 2015 Net Neutrality rules were overreaching and ill-fitting regulations in search of a problem. There were no significant issues prior to the Net Neutrality rules, and the very few issues that came up were handled without the need for regulations. If you listen to the rhetoric from those opposed to lifting the rules, though, you would think the Internet as we know it is going to end.  They make it sound as if the vote will end net neutrality itself, when the vote is actually to remove burdensome Net Neutrality regulations.

What is Net Neutrality?

Net neutrality is the concept that traffic on the Internet should be treated neutrally, meaning that an ISP should not restrict your ability to get to any legal content based on the website or the specific type of traffic.  The concept of net neutrality does not mean that ISPs cannot implement fair network management policies, such as neutrally restricting traffic at times to make sure they can provide good service to all. It also doesn’t mean that they cannot charge different customers a different price based on how much data they use or the speed of their package.  These are normal practices based on the need for a business to be able to manage their resources and costs, and to charge customers based on consumption.

Why remove the Net Neutrality Regulations?

Title II was a poor fit that left operators in an uncertain position about their future because it could mean an expansion of the scope of the regulations at any time for any reason. Businesses don’t like uncertainty when they are making long-term hiring and investment decisions. Complying with the regulations is also a real cost for a business. When you pile on unneeded or unfitting regulations it is a burden, especially for small businesses.  Some ISPs have only a few thousand subscribers or less, and they don’t have an attorney or extra staff at the ready to make sure they are in compliance.  It’s not just about ensuring that they treat traffic neutrally. It’s also the actions they need to take to be in compliance with the regulatory mandates, such as providing detailed reports disclosing fees, data caps and network performance. That requirement has been temporarily waived for providers with less than 100,000 subscribers. But, a temporary waiver is another element of uncertainty that can stifle growth.

What happens after regulations are lifted?

The Internet was net neutral before the regulations were put in place, and it should remain that way after they are repealed. In fact, there is very little incentive for ISPs to do something that would be counter to the current regulations even after they are lifted. You can be against net neutrality regulations and not be against the concept of net neutrality, and ISPs are in the business of providing subscribers full access to the Internet. And, if it turns out that an ISP misbehaves after the regulations are gone, there will still be oversight from the FCC and FTC, not to mention the bad PR.

I fully expect that Chairman Pai and the FCC will handle any situation that comes up on a case by case basis as was done before. If it turns out that there is an actual, ongoing issue where the neutrality of the Internet is at stake, that would be the time for new rules or legislation to be drafted. And, any new Net Neutrality rules should simply be focused on defining the actions that would be prohibited and the consequences for an ISP if those rules are not followed, without extra mandates that would mean additional costs and uncertainty for all ISPs. Finally, if rules are put in place for ISPs, they should also be put in place for content providers like Google, Facebook and others, who have significant control over what information is disseminated, and who have the real ability to shape public opinion by blocking some content and favoring other content.