What are Unserved and Underserved Locations in the IIJA/BEAD Program?

YOU ARE HERE:: Home / The Business of Broadband / What are Unserved and Underserved Locations in the IIJA/BEAD Program?
Next

What are Unserved and Underserved Locations in the IIJA/BEAD Program? 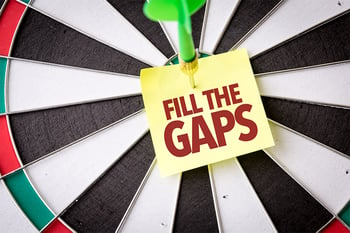 The Infrastructure Investment and Jobs Act provides $65 billion dollars to improve broadband access and affordability across the U.S. The biggest portion of that bundle of cash is the $42.45 billion that will be distributed through the Broadband Equity, Access and Deployment (BEAD) program. It is made clear in the Act that any broadband funds under BEAD are to be allocated first to “Unserved” Locations, and then to “Underserved” Locations.

So how do we know what locations are Unserved and Underserved? It has been a challenge knowing who has broadband access, because the data collected by the FCC on fixed broadband deployment has always been at a census block level. The IIJA includes a provision that there must be accurate broadband deployment data before any funds will be dispersed so we can be sure we are targeting the right areas. To that end, the FCC is in the process of creating a new national broadband map that will provide broadband data down to every serviceable address. Beginning in June of 2022, all providers of fixed broadband service will be required to submit this information on a biannual basis for every serviceable location in their service area.

The Act is also clear that funds are to be allocated so that all Unserved Locations are covered first, and then Underserved Locations can be addressed. After that, the next priority is any eligible anchor institutions that do not have symmetrical gigabit service. This has been reiterated by Commerce Secretary Gina Raimondo, and NTIA head Alan Davidson.

This does mean it is unlikely that any IIJA/BEAD funds will be allocated for over-building in an area that already has 100 x 20 broadband service any time soon, although Secretary Raimondo did not take that possibility off the table if there were to be funds left after all Unserved, Underserved  and anchor institution locations have been addressed.